The circus dog illustration was hand drawn, then digitized. the circus dog was inspired by the Carousel figure of a greyhound a part of the MFA Boston's collection. The dog's sneer is reminiscent of a wanted poster. From the dogs decorations it also appears as though the dog could easily fit into a circus performance. Both wanted posters and circus performances were popular use cases for wood type posters. The dog is one color and drawn in a "scratchy" style to fit into the aesthetic of the time and the capability of letterpress printing.
The typography used in this poster came from the P22 Type Foundry and the Hamilton Wood Type Foundry.
Sketch to Digital 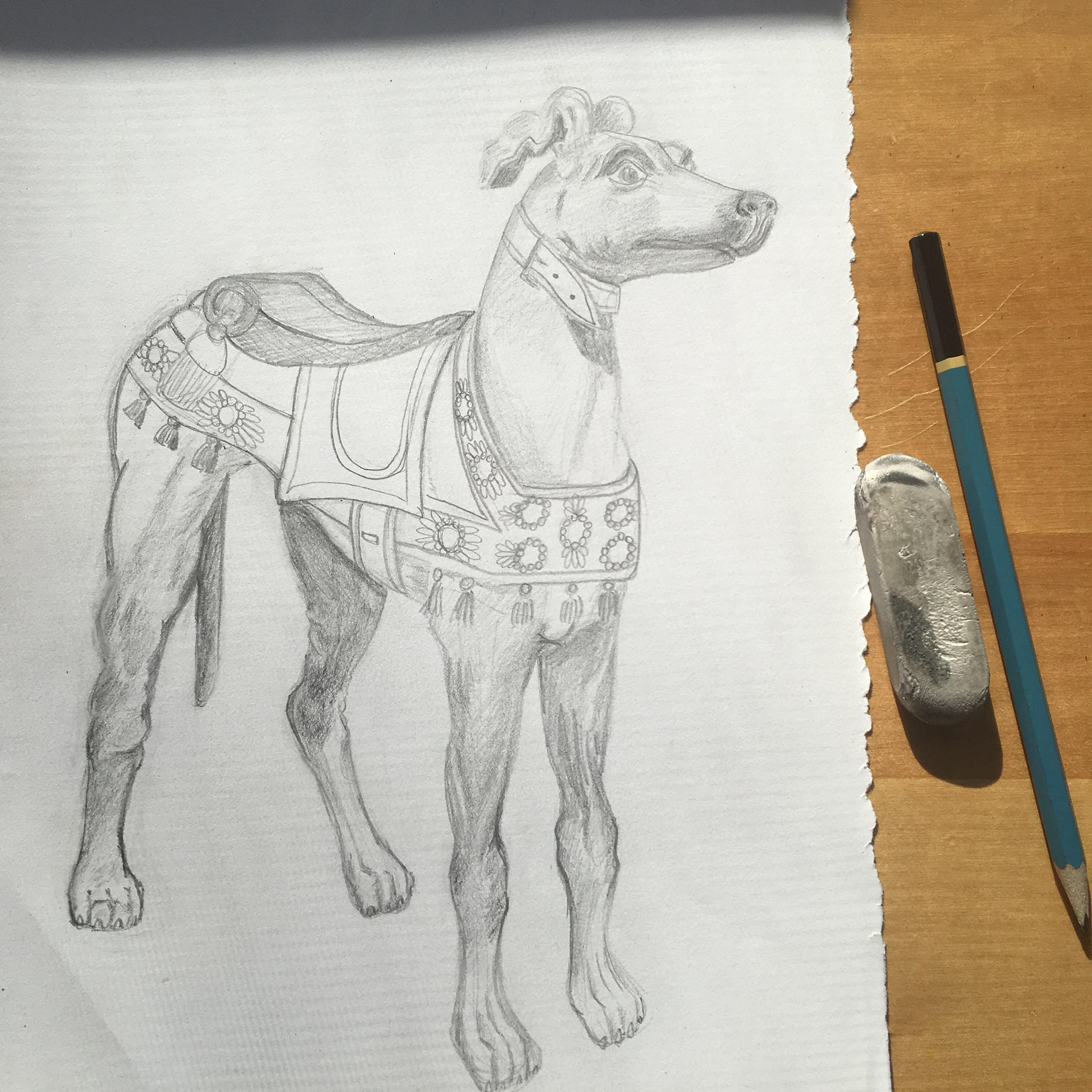 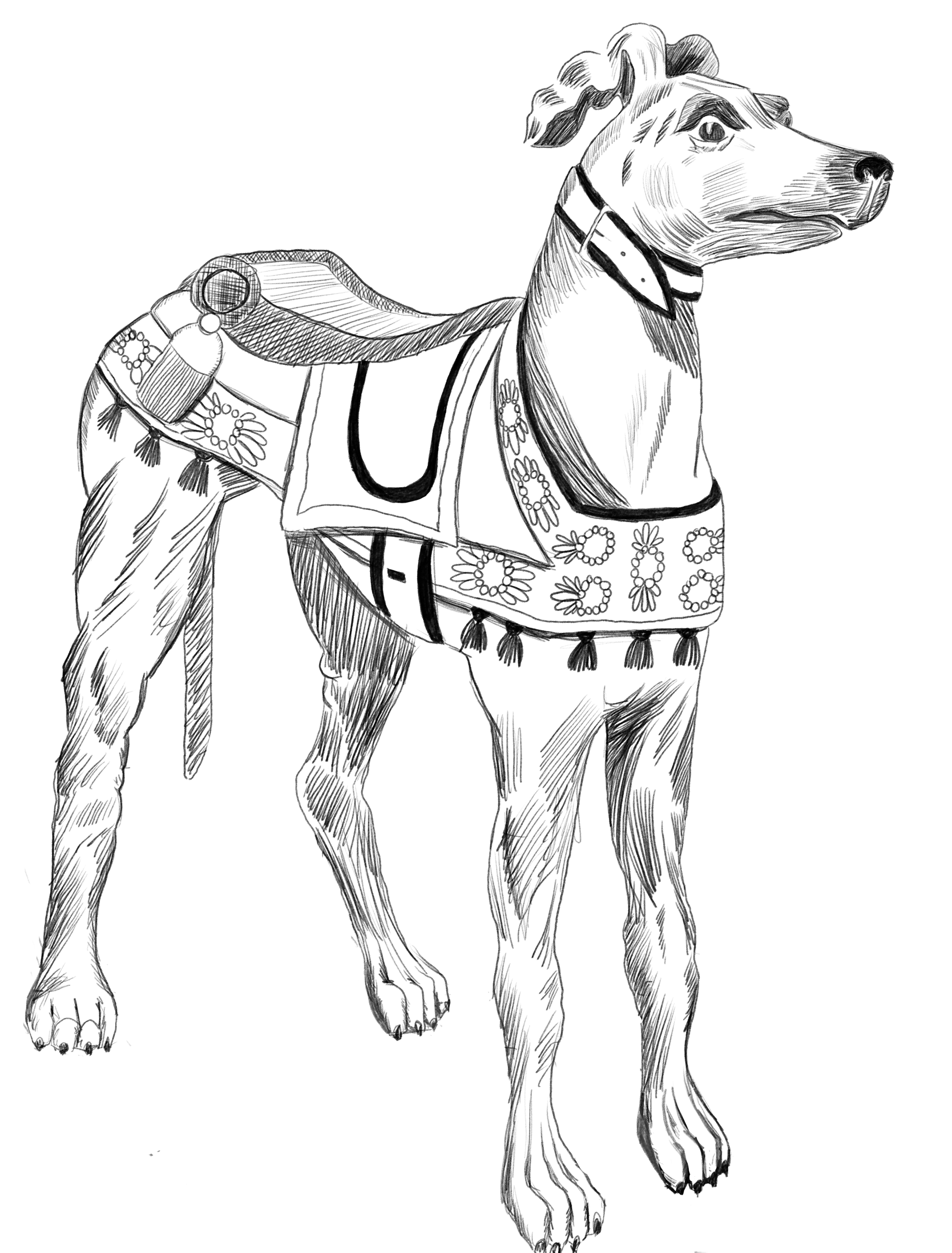 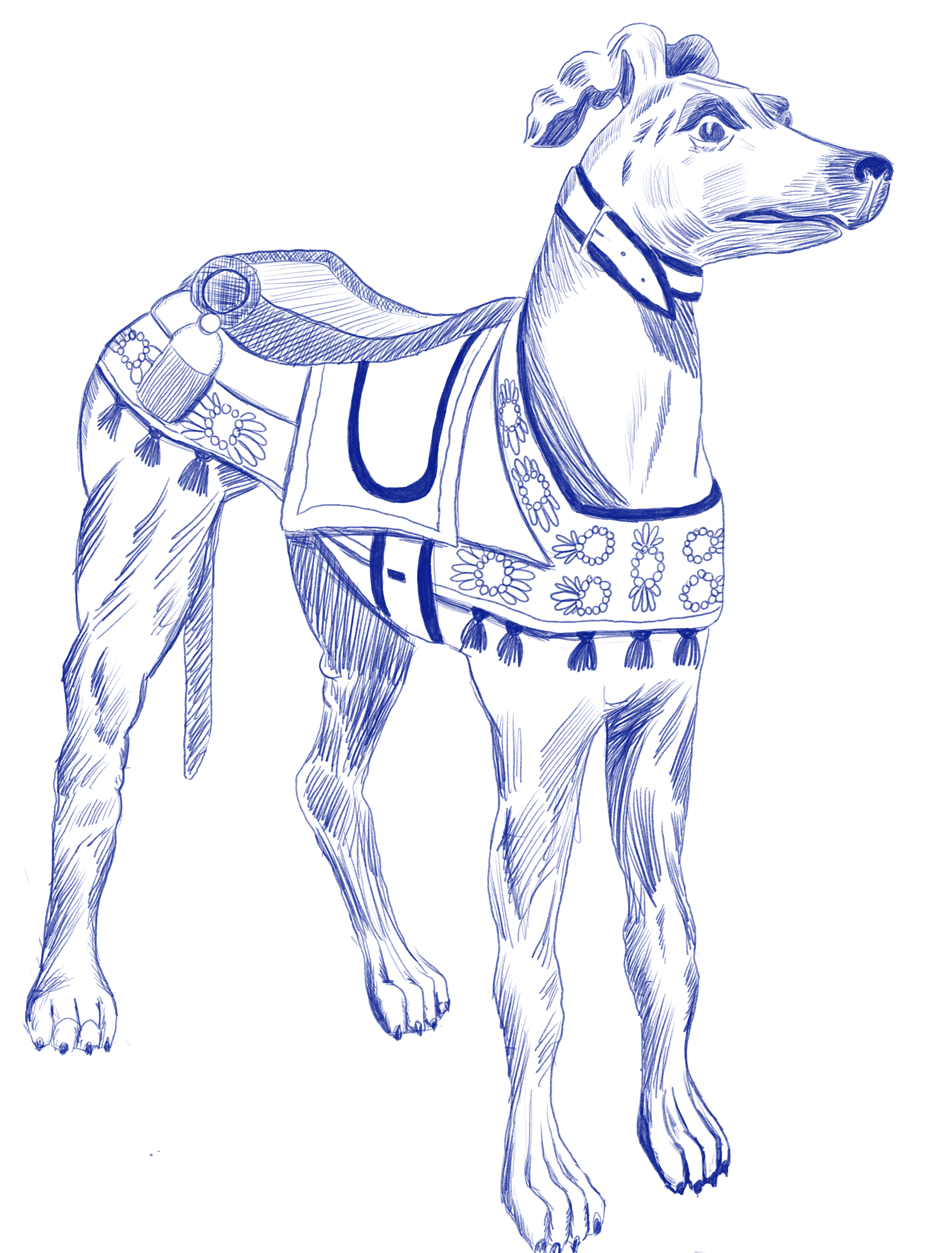 A Brief Background
The expansion of the commercial printing industry in the U.S led to the invention of a process to cheaply produce large letters. Metal was too heavy to produce letters at a large scale so wood became the logical material for its lightness, and availability. It was used for the mass production of large scale advertisements and newspaper headlines. Typography from this age is ornamental, bold, and fat faced so it could easily be read from a distance. It has a very tactile aesthetic with uneven presses and imperfections in alignments. Space was valuable so type was often condensed to fit a very specific space. Color was also used sparingly to save on costs. Typically limited to one to three colors.